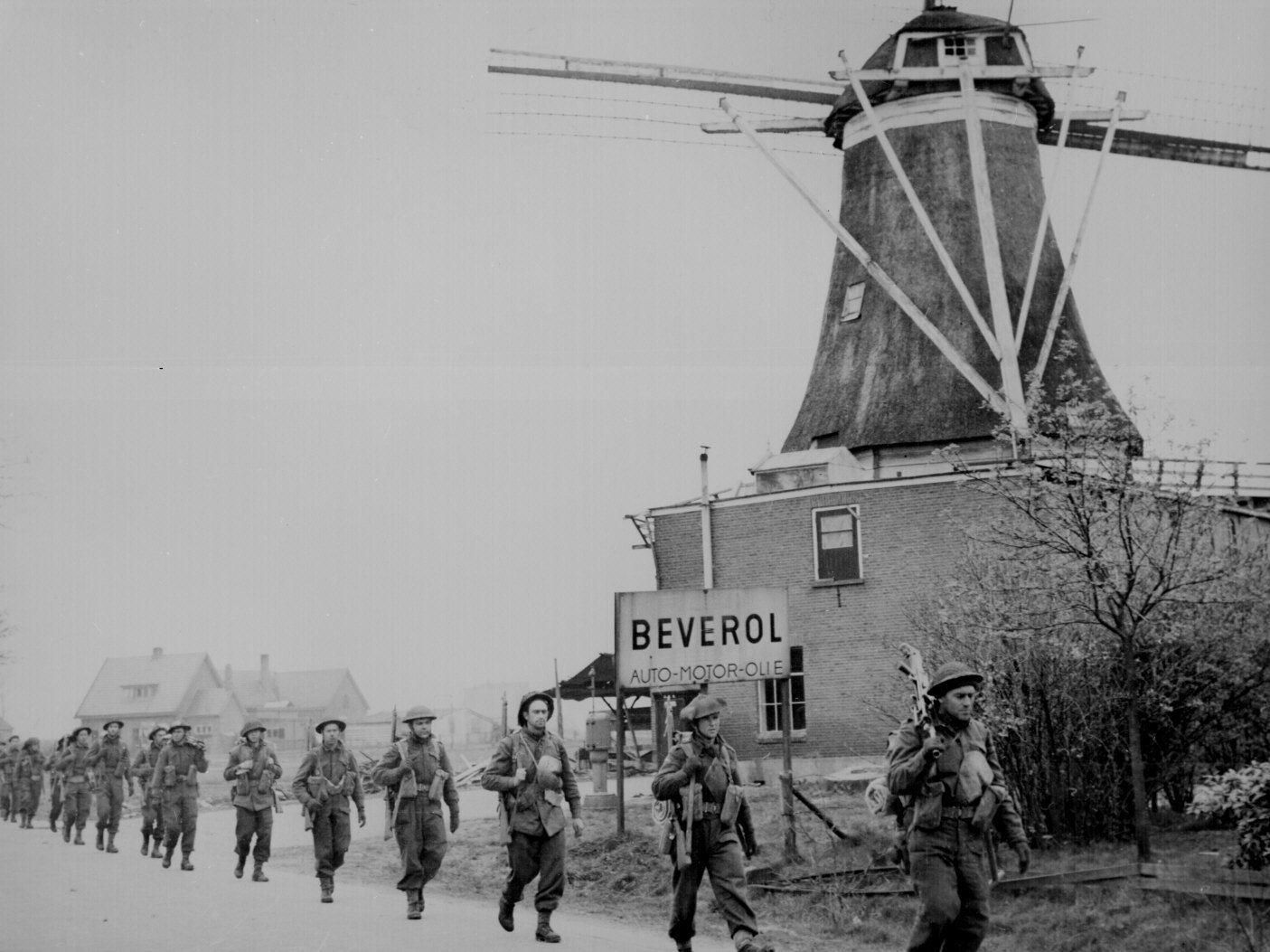 Documentary Lest We Forget is online

VoiceMap of the cemetery by Jan Braakman

Thank you greatly for your assistance proferred to Jan Braakman and his team in Holten Netherlands in regards to the Information Centre Canadian War Cemetery ICB in their quest to honour World War II soldiers.

Attached is a reply received from Jan about their in person interview trip across Canada starting on September 20, 2019.

Just a couple of hours before our departure to Canada I want to express my gratitude to all of you who assisted in any way in our interview project for the Information Centre Canadian War Cemetery in Holten, Netherlands.

There are too many people who contacted us in the last months to thank them personally. Your efforts resulted in a tour to from Montreal to Medicine Hat. We will conduct ten interviews with dear friends, brothers, sisters and children of men buried in the Holten Canadian War Cemetery.

We realize that some were disappointed unfortunately, but there were simply far too many people who we could interview. We had to make a selection.

Our selection was based on a set of criteria of which the main points were: Is the interviewee closely related to the soldier buried in Holten? Is he or she still able to tell a coherent story? Is it logistically feasible to visit the candidate interviewee within the limited time we have? Are there more than one candidates at approximately the same spot?

If all the answers to these questions were ‘yes’, then we decided to try to make an appointment.

We thank different media, genealogical organizations and several individuals who gave us a lot of attention.

Now we, Margriet Dekkers, Sander Jongsma and I, have the honour to interview these men and women, who can tell their personal stories about their brothers, friends or fathers who gave their lives for our liberty, 75 years ago.

PS Please forward this webpage to anyone who have assisted you to help us!

Read More: Dutch liberation anniversary to be marked with new documentary Globe and Mail May 3 2019

Read More: Are you a relative or do you have information on Saskatchewan Soldiers who fell and are buried in the Holten Canadian War Cemetery in the Netherlands?  Moose Jaw Today

The Information  Centre Canadian War Cemetery (ICB) in Holten, Netherlands is planning to interview relatives (siblings, spouses, children, other relatives, friends) of deceased soldiers who are buried in Holten. We plan to visit the interviewees at their homes in Canada Autumn 2019. How to get in touch with the ICB interview project

Our intention is to get more Information about the soldiers who are buried in Holten, as well as get an impression of what the loss of a brother, father, son, friend meant for those who left behind. We would like to have your cooperation in finding people, and maybe you yourself might be a good informant to interview.

Please share your thoughts and possible candidates.  If you, yourself personally, are not aware of contact information for any of these soldiers, can you kindly or send a communication in this regards to  social media such as a facebook page, the historical society or museum, a library or archives, the military detachment, the local Royal Canadian Legion branch, and  or the local media for your area, please?

Where did they live? https://nl.batchgeo.com/map/whereditheylive

Places of birth or places of residence of soldiers buried at Canadian War Cemetery Holten, Netherlands

Thanks for your help, Jan Braakman jan.braakman AT gmail.com

Its coming up to the 75 Liberation Anniversary remembering May 5, 1945, which is celebrated in the Netherlands.  The Canadians fought the Germans who had occupied the Netherlands for five years, and following a nine-month campaign with many lives lost on the battlefield, the Germans capitulated. 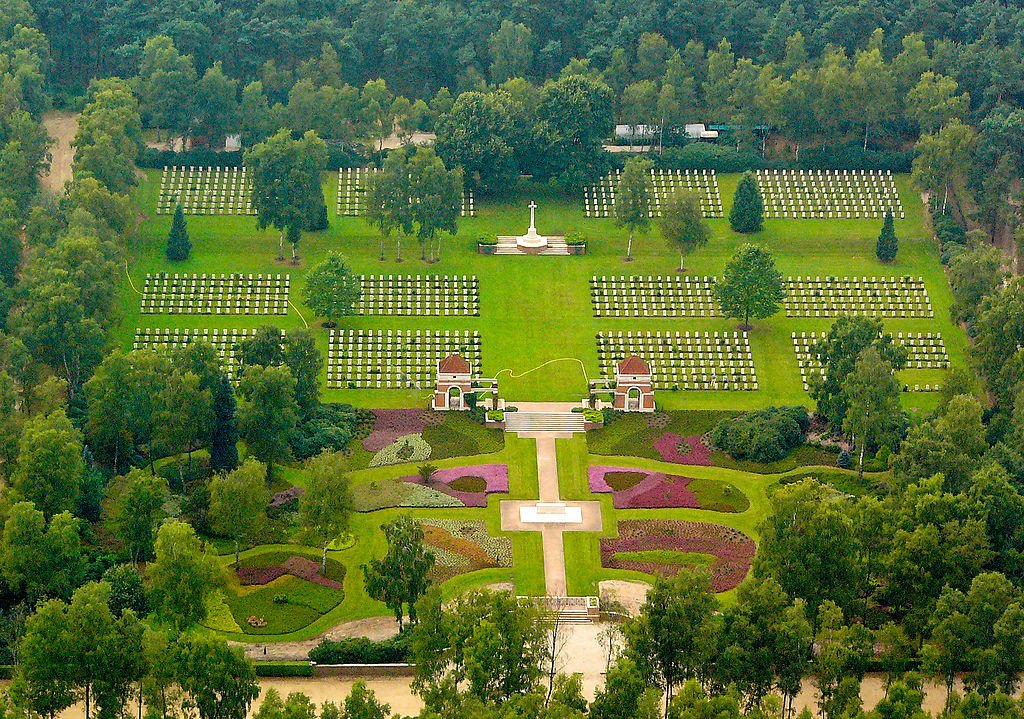 The darkness of those years is related by Brian Stewart, CBC News, "Under German occupation from 1940 to '45, the Dutch suffered more deaths per capita than any other Western European ally. The vast majority of its Jews, 106,000, were deported and murdered; thousands of other Dutch were dragged into slave labour, while all suffered as Nazis looted the land and even blew the dikes in the terrible winter of 1944-45 to try and block the Allied advance. The ensuing flooding contributed to a famine that killed 18,000.... After forcing the German surrender, Canadian soldiers joined in the celebrations, then quietly began delivering food and volunteered to work restoring the devastated farms and towns."

As David Common, CBC News, states, "Around 14,000 Canadians came ashore at Normandy in 1944 ” those who survived those battles and the many decades since are few in number." "The 'Canadian War Cemetery Holten' on the Holterberg is one of the most impressive reminders of the Second World War. In the spring of 1945, after five years of oppression, Canadian troops were principally responsible for the liberation of northern and eastern Netherlands. During the liberation operations, many Canadian liberators paid the ultimate price. In an historic setting, 1,394 military have found their final resting place at the Canadian Military Cemetery," states Liberation Route Europe.

There are three Netherlands Canadian war cemeteries.  Along with the Holten, Groesbeek Canadian Military Cemetery, and Bergen-Op-Zoom, and the ICB is the Information Centre for the Canadian War Cemetery in Holten, Netherlands.

For Saskatchewan, there were about 75 fallen soldiers,  here are the names of those who fell and are buried at the Canadian War Cemetery (ICB) in Holten, Netherlands.

This list of soldiers with Saskatchewan roots is from an excellent interactive map from ICB Where did they live? https://nl.batchgeo.com/map/whereditheylive.  Where did they live also has information on the other Canadian soldiers who gave the supreme sacrifice as well.

If you are wondering about more family relations to these fallen soldiers do a search on Commonwealth War Graves Commission which may provide the names of parents.  For example:

*** Canadians and the Liberation of the Netherlands April - May 1945.*** http://dutch-canadiansremember.ca/sites/default/files/2017-11/Holten%20Candles.pdf The Canadian Battlefields Foundation.